Monday Properties served as the operating partner for 230 Park Avenue, The Helmsley Building, from 1998 when the Bass Brothers bought the building from the Helmsley Organization until the ultimate sale in 2015.
Address
Property Details
Rentable Square Footage
Website
Sustainability
See Case Study

Monday led a $190 million capital improvement program to 230 Park Avenue, including: modernization of the elevators, replacement of all the windows, HVAC plant, security, facade, tenant and common areas, update of the building’s power infrastructure and achievement of the first LEED Gold certification for a pre-war building in New York City. Monday consolidated the tenancy from over 400 ‘non-credit’ tenants to less than 80 ‘investment grade’ companies. By rolling existing tenants to a market-based loss factor, Monday was able to increase the rentable square footage (RSF) of 230 Park Avenue from 980,000 RSF to 1,400,000 RSF.

Since the 2011 recapitalization, Monday increased the building’s net operating income (NOI) from $33 million to $45 million while improving occupancy from 85% to 92%. Monday Properties sold 230 Park Avenue to RXR Realty in May 2015 for a record $1.2B. 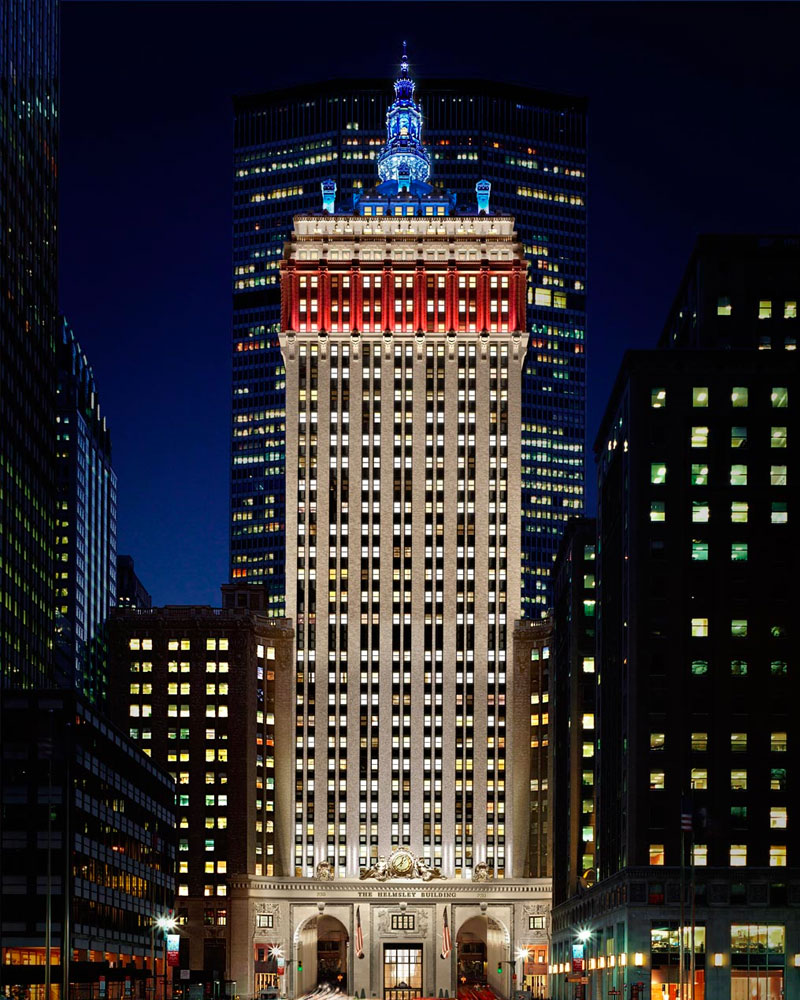